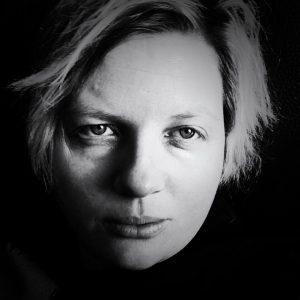 Brandi Howell is a multimedia producer based in the Bay Area.  She has collaborated with NPR’s The Kitchen Sisters since 2014.  In addition to her work with The Kitchen Sisters, she does a variety of recording and editing for local San Francisco-based podcasts such as the Porchlight Storytelling series and Maximum Rocknroll, one of the longest running punk radio programs in the nation.  Prior to her career in media, Brandi worked with a variety of nonprofit organizations including The Gladstone Institutes and the Tenderloin Neighborhood Development Corps.

She has her Bachelor’s Degree in Political Science from UC Berkeley and her Master’s Degree in Public Policy from California Polytechnic University, San Luis Obispo.