This is an expanded version of a story that originally aired on KALW in 2018 when Yoko Arimichi and her Powell Street Blues Band were celebrating their 40th anniversary at The Saloon in North Beach.  The band formed when Yoko was busking around Powell and Market Streets in the late 70s.

Yoko Arimichi and her Powell Street Blues are currently one of the longest running acts at The Saloon, one of San Francisco’s oldest bars.  Yoko can wail on an electric guitar with a flair that combines B.B. King, Chuck Berry, and Neil Young.

“We arrived [in the US] the same date, different year, but same date, that The Beatles first came to the United States. Every year February 7th I see The Beatles anniversary and I always think, mine too!”

She was born in Japan and raised playing classical music, but her life changed when The Beatles came to the Tokyo Budokan in 1966. She swapped her classical flute for a guitar, finagled passage on an American cargo ship toting Mazdas from Hiroshima,  and never looked back.

Special thanks to Yoko Arimichi and her Powell Street Blues Band, Myron Mu and all of the staff at The Saloon.  This story was produced in collaboration with Mary Franklin Harvin. 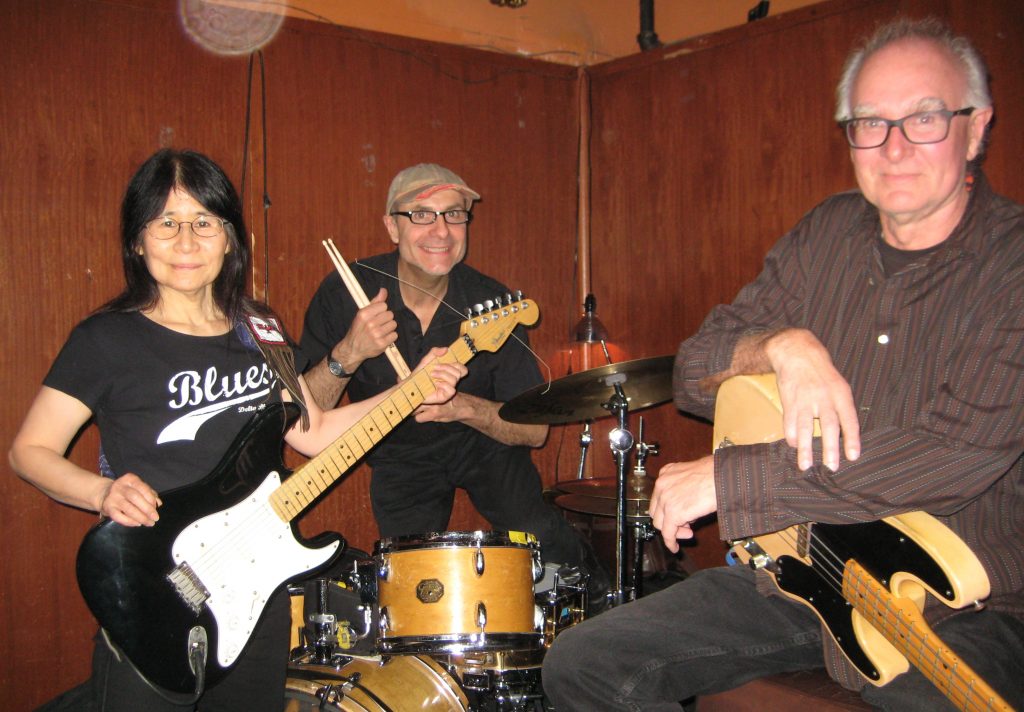